Showcasing a range of new technologies, I built ACRF The One using a custom canvas animation with a Delaunay triangulation algorithm.

The animation was mapped through several textures with hand-coded WebGL shaders that displayed one of several overlapping images in triangular patterns to achieve an effect similar to the TV spot, but rendered live.

WebRTC was employed to capture webcam frames into a texture as part of the live render. Simultaneously, face detection algorithms ran to assess the position of the face, ensuring a front-on image was captured automatically.

The same detection was used to align the eyes of all captured faces, completing the effect as desired by the client. 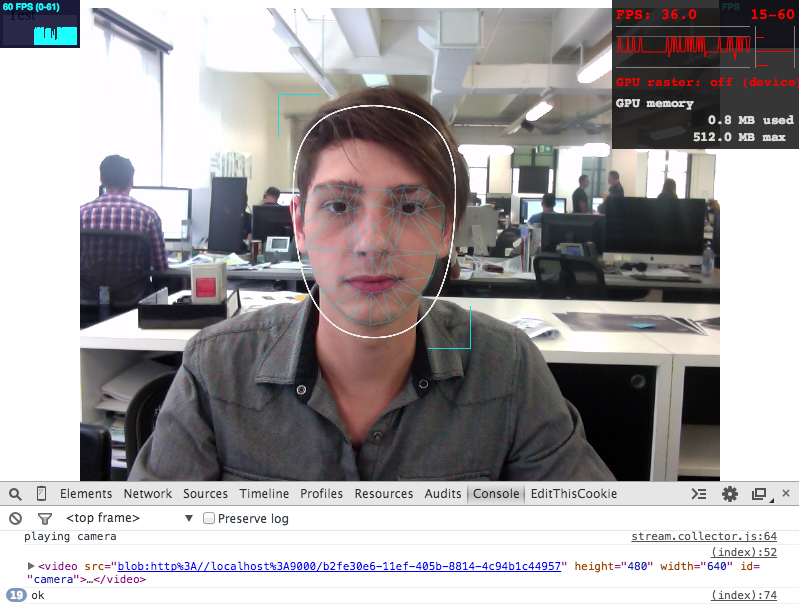 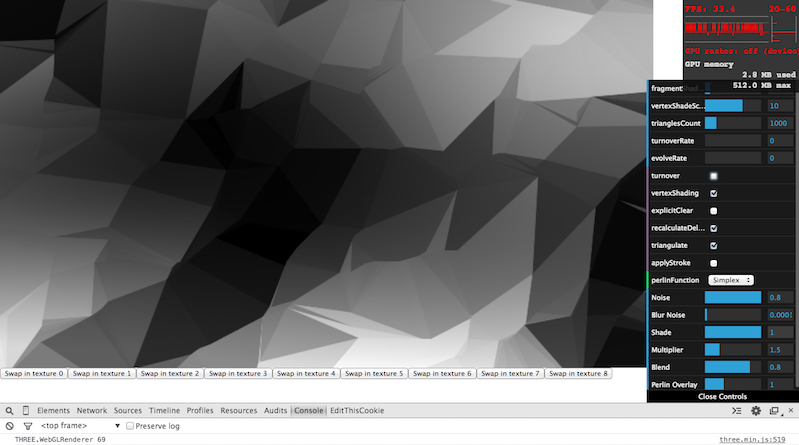 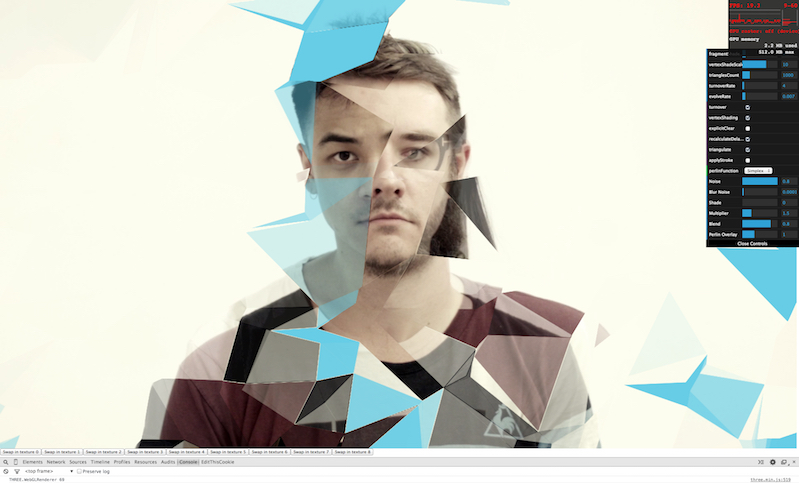